Stations of the Cross: Day 3 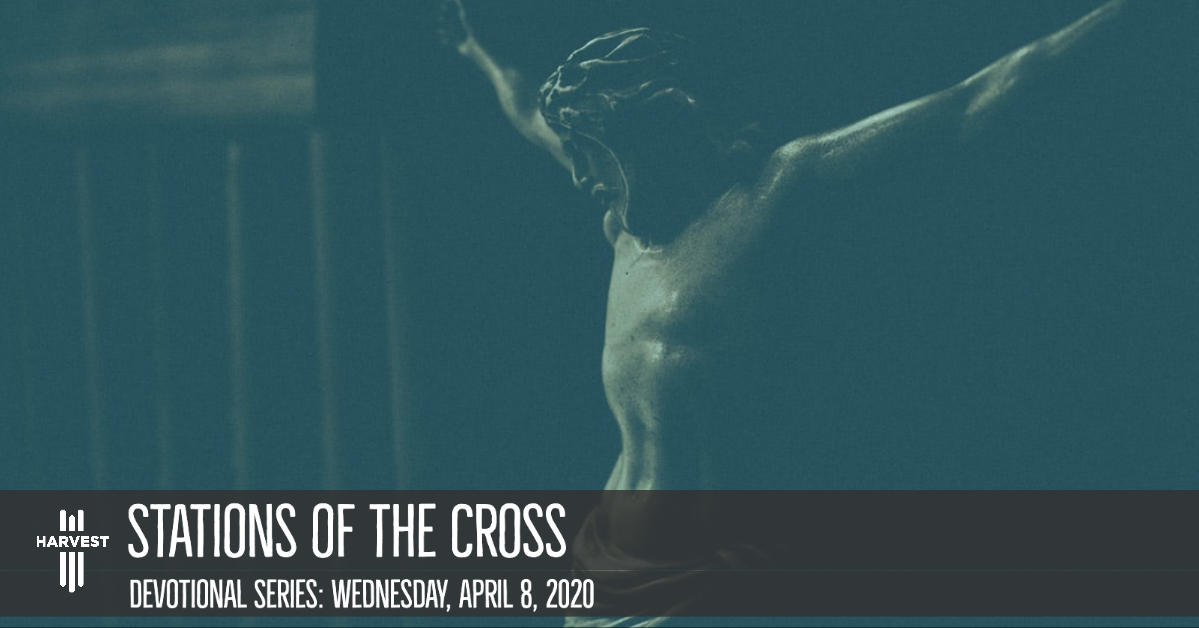 Last night we witnessed the 'pink moon,' the largest and brightest supermoon of the year. Since the moon's orbit around the earth is elliptical, the distance between the two varies throughout the year. Last night's full moon was about as close to us as it gets.

What was most telling was not looking directly at the moon. What was most illuminating (pun intended) was how brightly lit our backyard and the homes around us were. For 10:30 at night, there was so much light!

Reflecting on the 'passion', or the suffering of Jesus, can be a similarly illuminating experience. The love of God shines so much brighter in light of Jesus' sacrifice. The weight of human sin feels more oppressive in view of the evil of the crucifixion.

The darkness and depravity of the world meet the divine grace of God. And Jesus is crushed in the encounter.

Take some time to read through the following passages on your own. 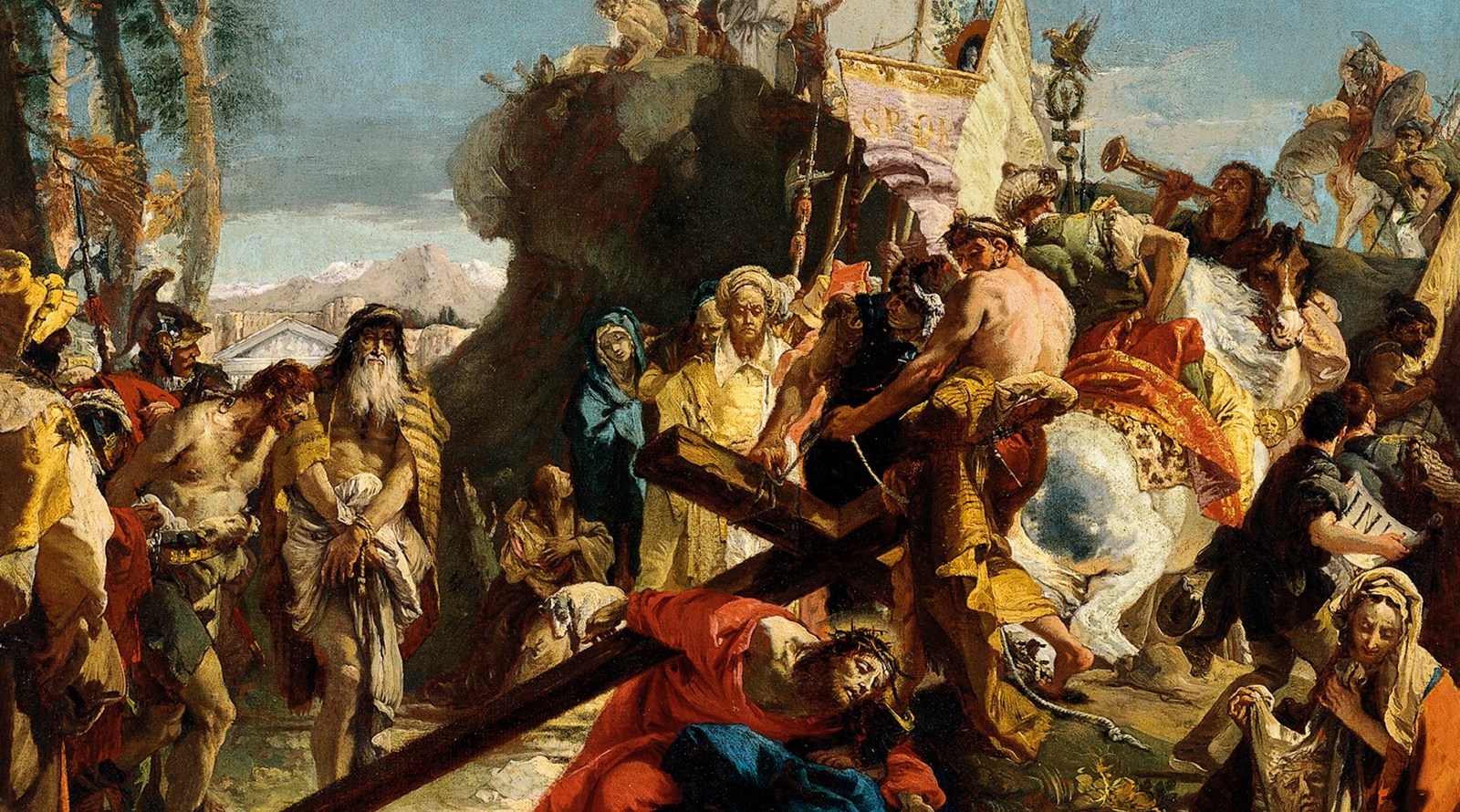 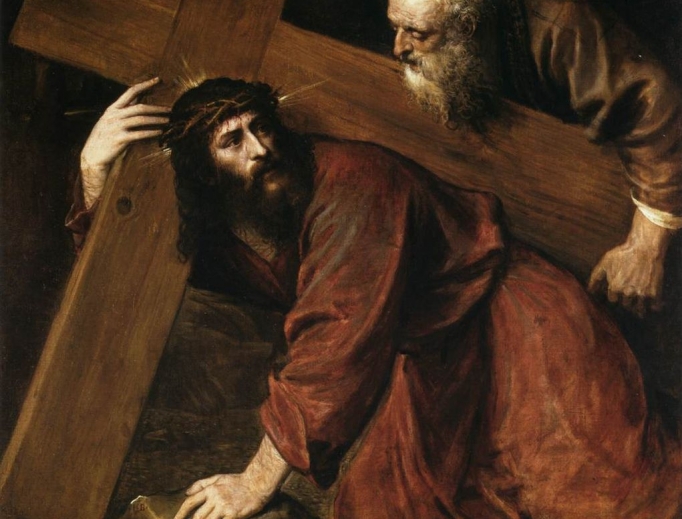 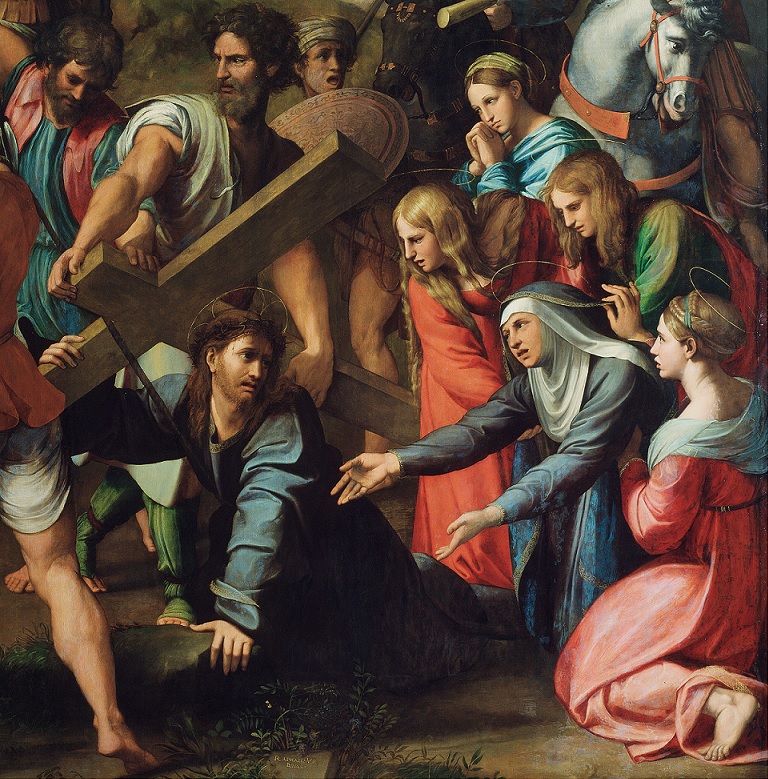 Historical sources reveal the Romans of the period would force those to be crucified to carry his cross or at least the horizontal beam. Somewhere in the process of Jesus' own crucifixion, he must have been unable to do so. Reflecting upon yesterday's devotional reveals the horrible physical beating Jesus received before this moment.

The soliders press Simon from Cyrene into service, forced to take the cross upon himself and carry it, one assumes the rest of the way, to Golgotha, the place of Jesus' crucifixion.

The encounter with Simon from Cryrene has been applied in various ways by Christians throughout the centuries. Some have focused on the earlier words of Jesus in Matthew 16:

Then Jesus told his disciples, “If anyone would come after me, let him deny himself and take up his cross and follow me. For whoever would save his life will lose it, but whoever loses his life for my sake will find it. (Matthew 16:24–25)

In doing so, some have focused upon the expectation for suffering for Christians. For some, one thinks of the Medieval period, such suffering was even sought out. The reality is, however, that all who seriously follow Jesus Christ will suffer whether they want it or not.

Stations of the Cross: Day 4

Stations of the Cross: Day 3

Stations of the Cross: Day 2

Stations of the Cross: devotional series